During the First Greek-Serbian Business Forum, March 19, 2018, Makedonia Palace, Thessaloniki, Greece, there has been a clear opportunity to enhance / expand the Globe Williams potentials in Serbia. The successful outcome was achieved, due to the fact that Globe Williams was represented by the Northern Greece Operations Manager Mr. Aristeidis Kousios.

More than 250 companies from both countries actively participated in the Forum for the mutual target of strengthening the relation between Greece and Serbia.

Attendants of the Forum were the Greek Alternate Minister of Foreign Affairs Mr. George Katrougalos, the Deputy Minister of Economy and Development Mr. Stergios Pitsiorlas, as well as representatives of local chambers and enterprises. 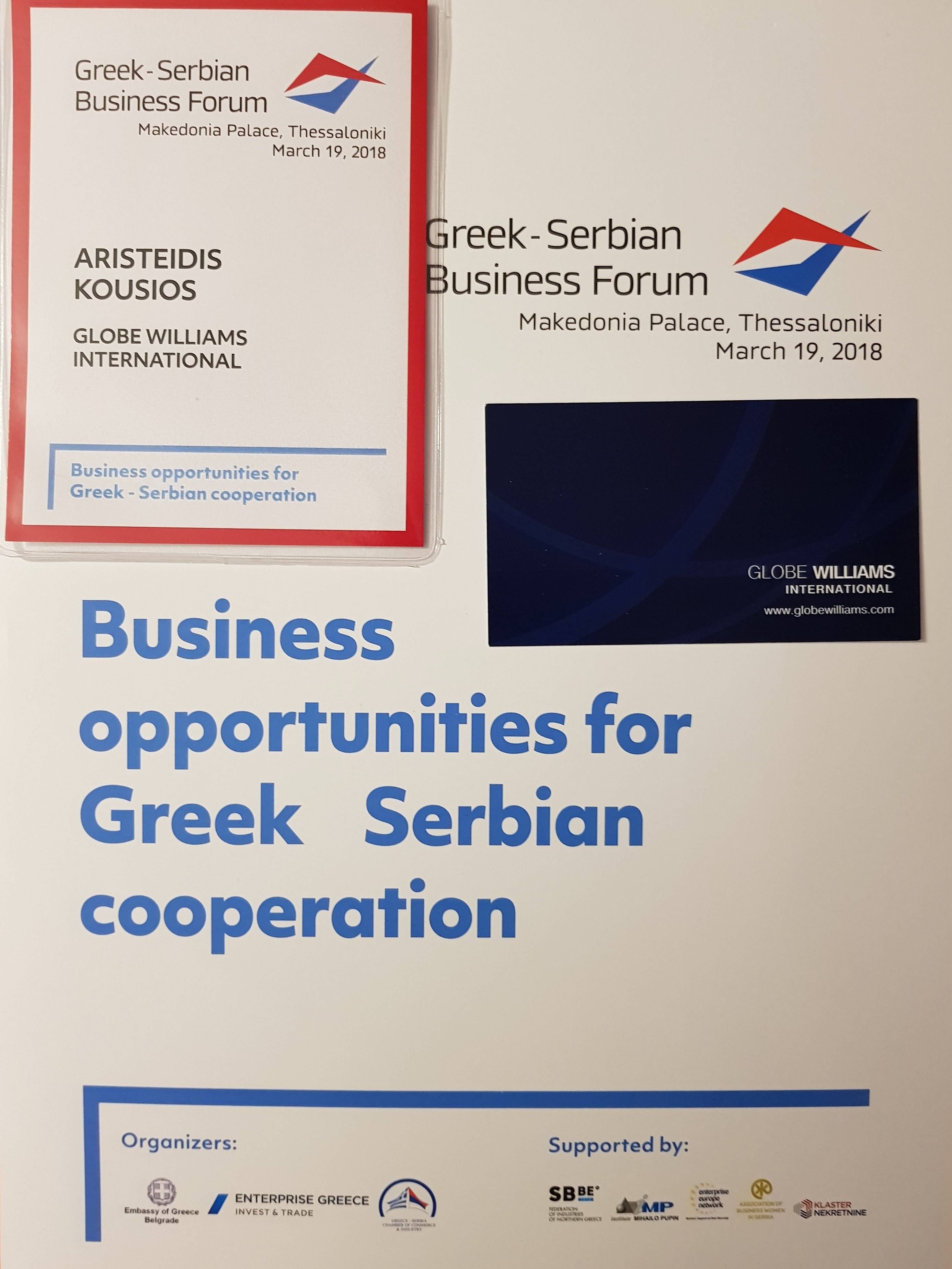